Skip to content
About us
Programme
Student testimonies
Career opportunities

Application for the 2023 session will open in September 2022

Welcome from the Director

After almost a century of spectacular innovation and development, particle accelerators continue to drive scientific discovery, human welfare and economic growth in fields as disparate as medical therapy, material science, biology, nuclear physics, matter in extreme conditions, and the probing of the fundamental particles and forces of Nature.

The technologies that have built our modern world, and the conceptual framework through which we perceive it, would be unimaginable without them.

The Joint Universities Accelerator School (JUAS) has provided postgraduate-level education in the science and technology of particle accelerators to well over a thousand students since 1994. Most have earned credits towards Masters or Doctoral degrees at our Partner Universities in Europe, while students at other universities around the world and early-career professionals have sought to enhance their applicable knowledge and skills. Many have gone on to pursue successful careers in large accelerator laboratories such as CERN, in industry or in universities.

In 1996 I myself attended JUAS as part of my postgraduate studies in Grenoble. The school was an outstanding springboard for my career in particle accelerators at CERN. I owe JUAS a lot and take on the role of Director with pride and a firm commitment to ensuring JUAS offers young physicists and engineers a comprehensive and up-to-date introduction to the discipline.

I encourage all those wishing to embark on a career in the fascinating field of particle accelerators to apply. You will find all practical details in the following pages. 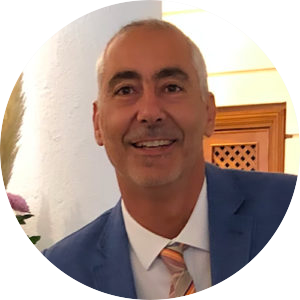 Students are required to have a good knowledge of general physics at the Bachelor’s level. Prerequisites include elementary knowledge of special relativity, electromagnetism, nuclear physics and mathematical methods of physics (vector analysis, vector spaces and matrices, differential & partial differential equations, Laplace & Fourier transforms). Some knowledge of signal theory could also be useful. Refresher courses and tutorials are provided in some of these matters, and must be studied before the start of the course.

JUAS delivers a regularly updated, academically accredited programme in partnership with CERN and a cluster of 13 European universities and the LASCALA Erasmus Mundus joint master degree.

JUAS is a long-standing academic collaboration :

Overseen by an international advisory board of experts in the field

The full programme covers essential topics during 10 weeks from January to March, comprising 2 consecutive courses, which can be taken together or separately :

Lectures and tutorials are complemented by a series of prospective seminars given by leading accelerator scientists. Participants also have the opportunity to follow practical sessions and virtual visits.

The school allowed to me to deepen my knowledge in technologies and applications of particle accelerators, to acquire cutting-edge information from the lectures and seminars and to expand my working network. Considering the logistical difficulties, the organization of the school in the on-line format was excellent. JUAS 2021

Despite the limitations due to the pandemic, it was a fascinating journey into accelerator technologies and their applications guided by exceptional experts. JUAS 2021

By providing a comprehensive and coherent course programme, JUAS really fulfilled my expectation of building a strong foundation in the field. I have gained so much more understanding in accelerator physics. JUAS 2021

It was great to have the accelerator design course and workshop as it was an occasion to put all we saw together and to have an overview on what designing a particle accelerator may be. JUAS 2021

I cannot imagine the time it would have taken and the volumes of books and magazines I would have had to read to get this level of experience. The content of the lectures has been rich and, in some cases, challenging to understand. The fact that after just five weeks at JUAS I am already…

The lecturers are all experts passionate about sharing their knowledge. This is really the key asset of JUAS. JUAS 2021